Throughout the holiday season, chances are you will hear one of America’s most beloved Christmas songs “All I Want For Christmas Is You” by songstress Mariah Carey.

On top of hearing this classic hit, chances are you’ll hear many renditions and covers of this hit due to the fact this classic Christmas song has been a smashing hit single since it was originally released in 1994.

Mariah Carey’s “All I Want For Christmas Is You”

Mariah Carey’s “Merry Christmas” album features “All I Want For Christmas Is You” along with a variety of catchy songs by the diva songstress. Her soulful rendition of traditional Christmas song “Silent Night” featuring a gospel choir is a standout on the album along with her lovely and moving interpretation of “O Holy Night” where her signature high octave vocals come into play and are absolutely stunning and awe-inducing.

The five-time Grammy Award Winning Mariah Carey’s soulful and enchanting vocals do all these holiday songs justice and enhance these lovely carols. Her impressive vocal range spans many octaves and all her interpretations of these holiday songs are filled with passion and raw emotion. Each song is incredibly infectious and that is why Mariah Carey’s “Merry Christmas” album has been a classic and a signature for the holiday season.

Mariah Carey’s “Christmas Album” is a pop and soul album that is enjoyable for the entire family during the holidays. It is a universal album that has received constant airplay and has been one of Mariah Carey’s most accomplished albums. 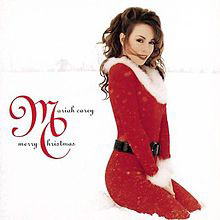 Mariah Carey’s “Merry Christmas” has continued to show success since its release more than a decade ago.

Discover the magic of the holiday season with this yuletide soundtrack that has been delighting individual for more than a decade. Mariah Carey’s “Merry Christmas” soundtrack showcases her powerful vocals she is famous for and is filled with festive holiday songs that will keep you cheerful during the entire season.